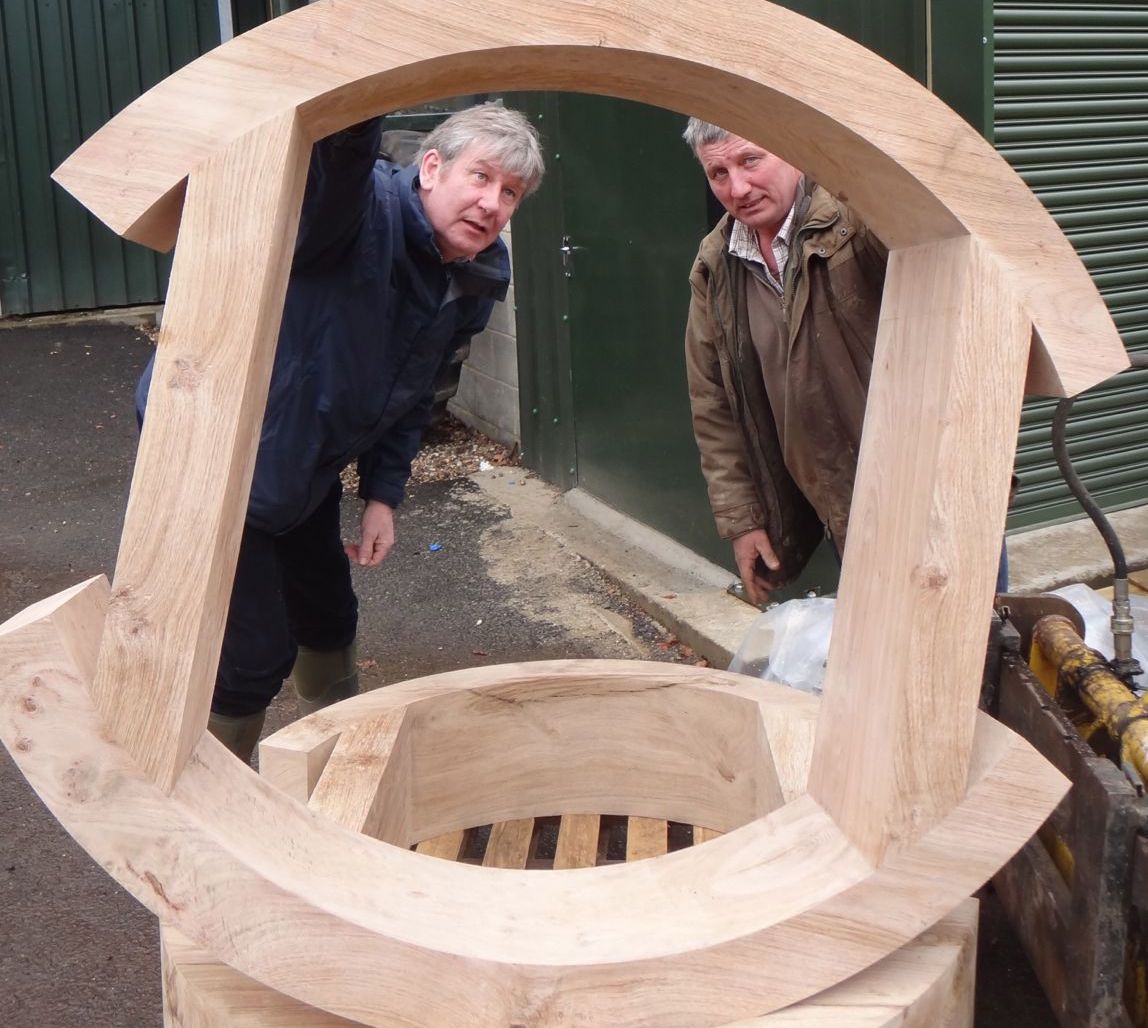 High winds and drifting snow resulted in the growing tunnels being firmly closed this week to protect the young shoots which emerged in last week’s sunshine. Just as my hopes were raised to see the Stewartias in the glasshouse burst into full leaf and a large batch of Lavender Hidcote in 10 litre pots with 8cm of new growth, winter has returned with a vengeance. We have installed heaters in several of the tunnels simply to ensure the snow melts before building up and threatening the structures.

Memories flooded back to the winter of 2010/11 when I stood helplessly watching two large polytunnels collapse in front of me under the weight of 34cm of snow. Writing off the structures was bad enough but it would be an absolute disaster this year with Chelsea plants inside if the same was to happen. Thankfully only 15cm settled this week and it had melted after a couple of days.

We are preparing an usually wide spectrum of plants for this year’s M&G Garden due to the varied settings which are designed within the garden.  The heavy evergreen backdrop plants behind the sandstone wall and mullion window are relatively straightforward as they include holly, Osmanthus, laurel including Portugal laurel, the spotted laurel, Aucuba and yew.  I am also hoping for a least one specimen Rhododendron to flower on cue but that will be more luck than judgement. Under planting with ferns and evergreen ground cover should also be undemanding.

Growing alongside this evergreen structure are roses, herbaceous perennials, meadow grasses and wild flowers, evergreen structural plants, bog and marginals, roses, hedging and trees which will take much more skill and attention to bring to peak condition at the right moment.

The walling, summerhouse and sculpture are all heavy items, which will require a strong planting structure to remain in balance and proportion hence the large evergreen forms of Buxus domes and drifts of Cistus. The more fussy planting infill which includes foxgloves, catmint and hardy geranium will only be successful if there is a sturdy framework of shrubs and trees.

The windows for the summerhouse have just arrived.  Massive lumps of green oak timber, which will take some lifting into the brickwork and some skilled bricklaying to incorporate them. Also delivered is the Corten steel sculpture, equally heavy to manoeuvre. Gently rusting in the cold and wet now – at least something is benefitting from this dismal climate – I may have to accelerate the rusting process by spraying daily with a strong salt solution to achieve the lovely amber colour in time for the show.

The forecast for next week is for more rain and snow, and the forecast for the week after sounds little better. They say that ‘ a watched pot never boils’. Perhaps I am checking on the plants too often – at least three times a day?  Maybe I should ship the whole lot out to the warmth of southern Spain for some sun and bring it back at the end of April – but that would be cheating wouldn’t it.