The Chelsea Diaries: Thatch and Wind 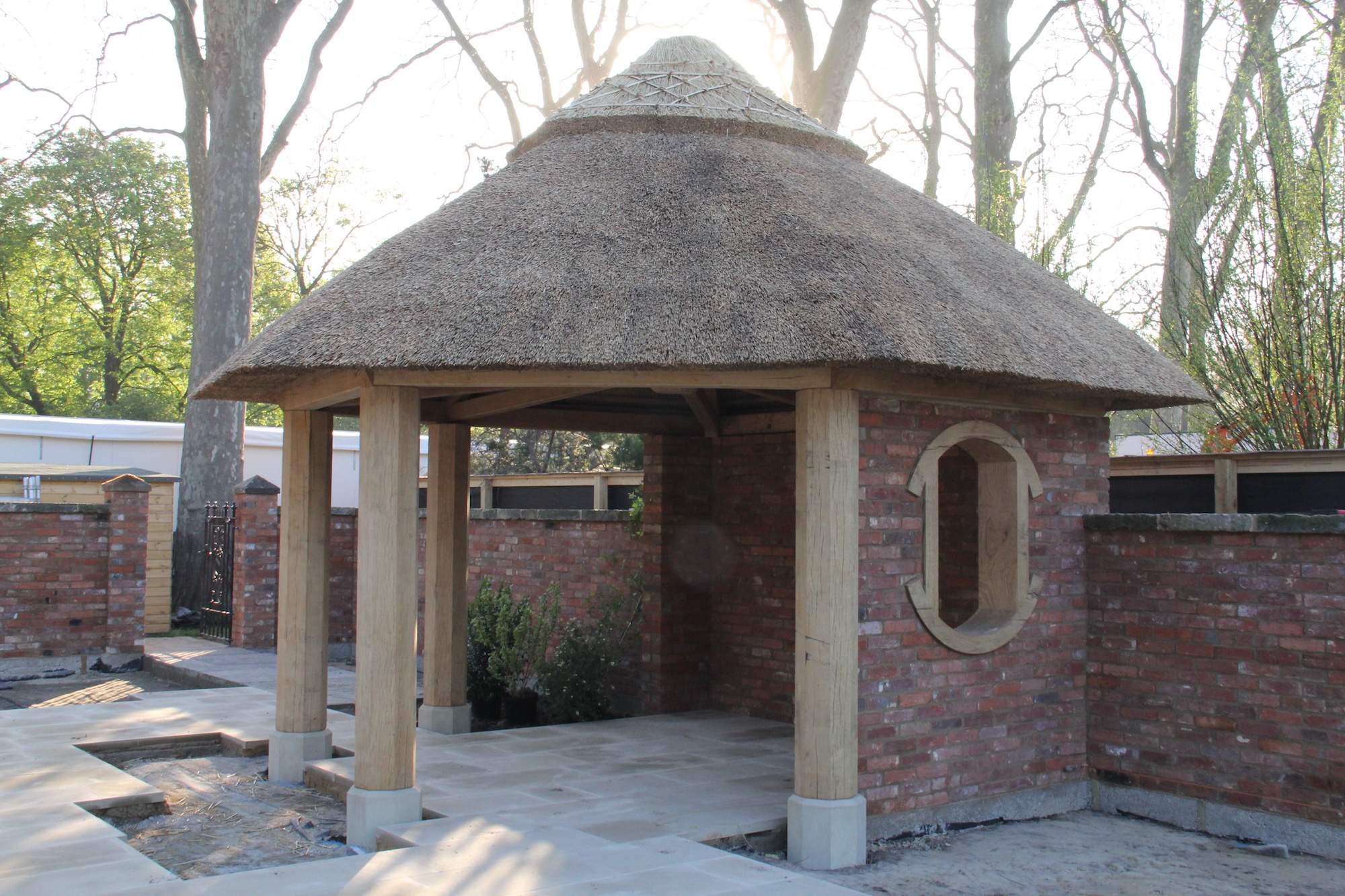 Construction is well underway at the Royal Hospital grounds. Nick’s main concern was to get the summerhouse frame finished in time for the thatcher to do his work over the Bank Holiday weekend. By Monday the thatching was complete, which enabled us to move on with the paving.

Working anywhere close to the summerhouse whilst the thatching was being carried out was impossible, unless of course you wanted to be covered in straw-fibres. So we made sure that the construction of the sandstone wall and mullion window were at a safe distance during this time.

This was not the time to stand and watch bricklayers, so I took myself off to check on the plants in various locations. Two weeks of sunshine has really brought on the perennials and roses that I had not seen since early-April.

Whilst I was away, our transport company left two trailer units in the car park back at the Nurseries. On my return, I thought I had arrived at a lorry park. Realisation dawned by this time that we had to load both lorries within two days and at the same time, be on-site at Chelsea unloading the first lorry and placing the trees, whilst the second one was being loaded back in Kent – all very complicated. Thank goodness for a dependable team as even after all these years of building gardens at Chelsea I still find it impossible to be in two places at the same time!

Regular readers of my blog may recall my worst fears were high-winds during the initial planting phase. 50mph gusts of wind battered us on Thursday and for the first time I felt a little stressed, to put it mildly. The large Acer palmatum and Cornus Norman Hadden, which we had carefully positioned behind the mullion window, were beating against the top of our lovely sandstone wall. So before they became completely shredded the RHS kindly allowed us to move them into the pavilion for several days. Stress levels at this time were slightly elevated, however, as the wind dropped, so did the blood pressure and planting commenced at full tilt.